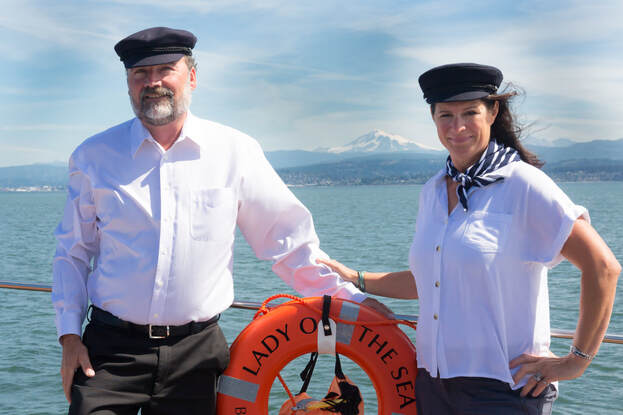 ​Lady of the Sea Adventures is the culmination of a lifetime of boating experience. Captain Jack started working on the water about 45 years ago. Chief Mate & Chef de Cuisine Kerstin has also been involved in boats and water sports for most of her life. For Jack and Kerstin it was love at first sight when they found the Lady of the Sea sitting in North Lake Union. 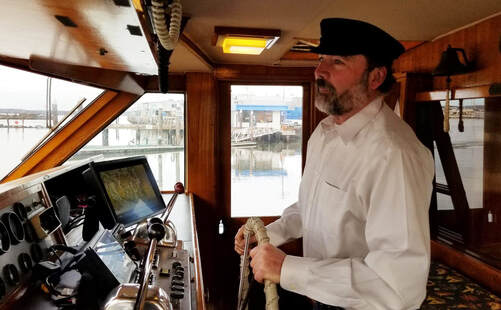 ​Once known as the youngest and smallest deckhand in the charter boat fleet out of San Francisco Bay Jack is now a seasoned mariner with over 45 years of boating experience under his belt.  While going to college Jack’s best friend talked him into a summer of commercial fishing on Kodiak Island, Ak. This turned into a commercial fishing career that took him all over Alaska, California and down to Florida chasing fish and crab. Getting his USCG Masters license in 1984, Jack was thinking about working in the mega yacht industry but marriage and 3 children tied him to shore where he turned his attention to marine mechanical and electrical work. In his late 30's a shoulder injury forced him out of the trades to a desk job. This didn’t take Jack away from the water as now he could afford to buy the boats that he used to work on.  Jack’s children grew up boating in the San Juan Islands and Salish Sea with summer adventure trips to the West Coast of Vancouver Island.
Fast forwarding - now being an empty nester, Jack decided to return to his true passion, which is all about being on the water full time.  He is putting his 100 ton masters license to use running the Motor Yacht Lady of the Sea, which he and his wife Kerstin found moored on North Lake Union.  Jack has a passion for sharing this knowledge and experience with others.  This can range from showing you around the islands to hands on training with navigation, anchoring, knot tying, fishing, crabbing and mechanical or electrical work.  With almost 30 years of local knowledge and 45 years on the water Jack will be able to show you things that are usually reserved for the locals and experienced mariners. 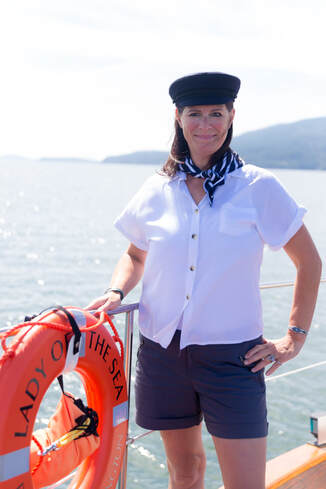 Kerstin was born in Germany and lived there for the first 27 years of her life. Always intrigued by the beauty of the Pacific Northwest, she packed her bags and emigrated to Canada, leaving a successful career as a social educator. Moving to this beautiful part of the world was a bold decision since Kerstin didn’t speak a word of English at the time. As it turns out, this was one of the best decisions she's ever made even though it wasn’t easy.

​Moving to the States, Kerstin ventured into real estate and 15 years later became a professional business and life coach through iPEC, the Institute for Professional Excellence in Coaching. Kerstin is super excited to share her knowledge with those who are ready to take life-changing actions to create whatever they really desire. "I love what I do and I do what I love – helping others to break loose and fly in the direction of their dreams.".
​
Kerstin also has a passion for baking, cooking and providing delicious cuisine for guests. She constantly strives to widen her knowledge by attending local and international cooking courses and culinary boot camps throughout the winter months. Her parents were master bakers in Germany, perhaps it has influenced her somewhat in mastering the art of torte and cake making. Kerstin is more than happy to share recipes, boat galley tricks and  techniques, just ask!

Come Cruise With Us!